THE SILBERMANN ORGAN OF THE STADTKIRCHE ZÖBLITZ/ERZGEBIRGE (D) 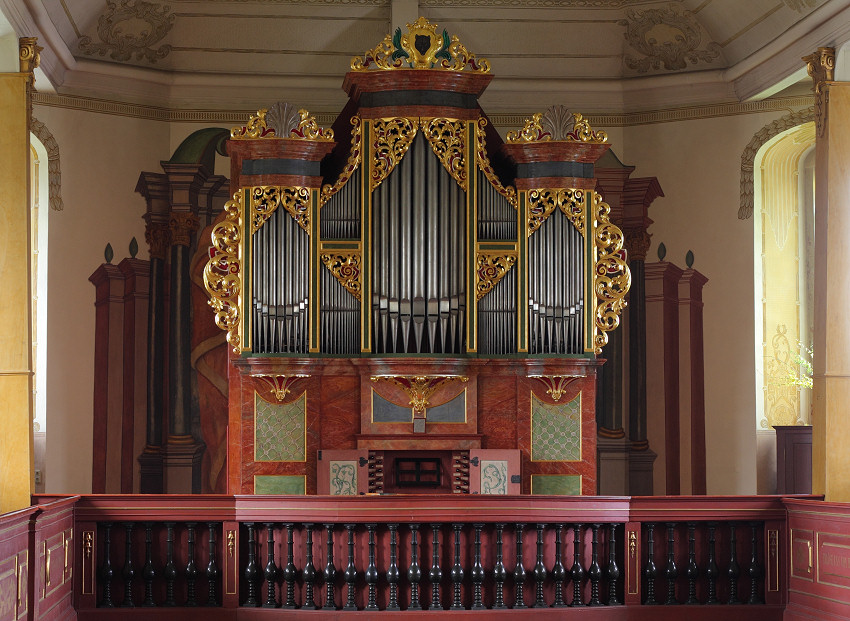 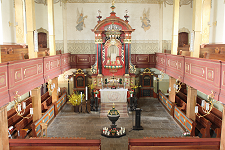 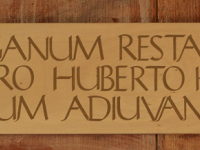 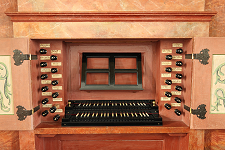 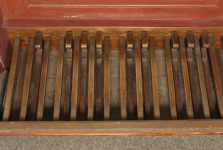 Gottfried Silbermann (1683 - 1753) is the most prominent Central German organ builder in the baroque period. As Honorary Court and State Organ Builder to the King of Poland and Elector of Saxony he built approximately 45 instruments from one to three manuals. By using elements of French organ building he created a unique sound style.

The two manual organ of the Evangelische Stadtkirche Zöblitz in the Ore Mountains was built by Silbermann in 1742. Hence it belongs to his later works. With 20 stops it is a representative of an instrument type that he realized several times, for example in Freiberg, Fraureuth, Reinhardsgrimma and Forchheim. Thanks to a donation the organ could be carefully restored in 1997 so that nowadays it presents itself in an impressive manner. During the restoration it was also possible to uncover the original coloration of the facade.

The virtual Zöblitz organ is available in two versions:

The two-channel standard version that is based on the original instrument with regard to range (49 manual and 25 pedal keys) and couplers (MA-PD and OW-MA).

The four-channel premium version is additionally equipped with faders for direct sound and ambience that can be used to adjust the listening position (see below), an extended range (56 manual and 30 pedal keys) and an additional coupler (OW-PD).

Recordings have been made in 24bit/96kHz using Schoeps CMC6 xt microphones and high end RME Preamps. Processing has been done at the Lab Six sound&media solutions studio in Heilbronn, Germany (www.labsix.de) with the MLP© (multi layer processing) system develped by PROSPECTUM. Mastering and monitoring has been done on Adam Audio S2.5A speakers. 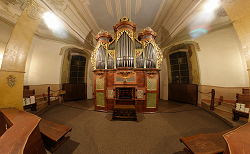 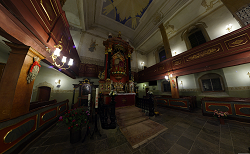 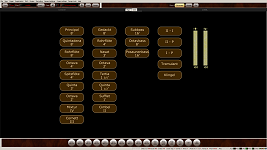 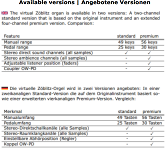